Contributed to delivering an open-source React Native mobile app for Pride in London that encourages festival discovery and accessibility. It was a volunteering effort led by the company's Social Value Task force where we worked on it for 1,060 hours and clocked in about 300 pro-bono days. You can also read about the project by Red Badger here.

Participated in branding ideation workshop and drive design for main pages of all tabs. Shipped in Jun 2018 - increased 280% in daily usage and achieved ‘AA’ in accessibility standards.

Building the Pride in London app gave Red Badger the incredible opportunity to deliver an experience that would reach the community that make Pride happen year round. With our cross-functional team and our stakeholders, we reviewed the previous year’s online survey. From this we defined our users’ jobs, pains, and gains, directly feeding into the product vision: 'The Pride app is a place to promote and showcase the diversity of the Pride in London 2018 festival and parade, helping users to discover events, plan and get involved in Pride simply and easily.' Some key ideas to focus on include:

The ability to save events

A place to serve key information about the parade

Learning the excitement of planning and frustrations parade-goers encountered

Some findings from the previous year, in particular, stood out: 70% of users only opened the app a few times, with more than 20% of the respondents downloading the app just for the Parade weekend itself. The focus group revealed that people associated Pride with the Parade Day and some users referred to the product as a ‘Parade app.’ Early on we knew that it was necessary to boldly communicate the four week timeline of the festival if it was going to meet its full potential for users. Overall, the feedback from the focus group was invaluable and provided us with actionable ways forward. 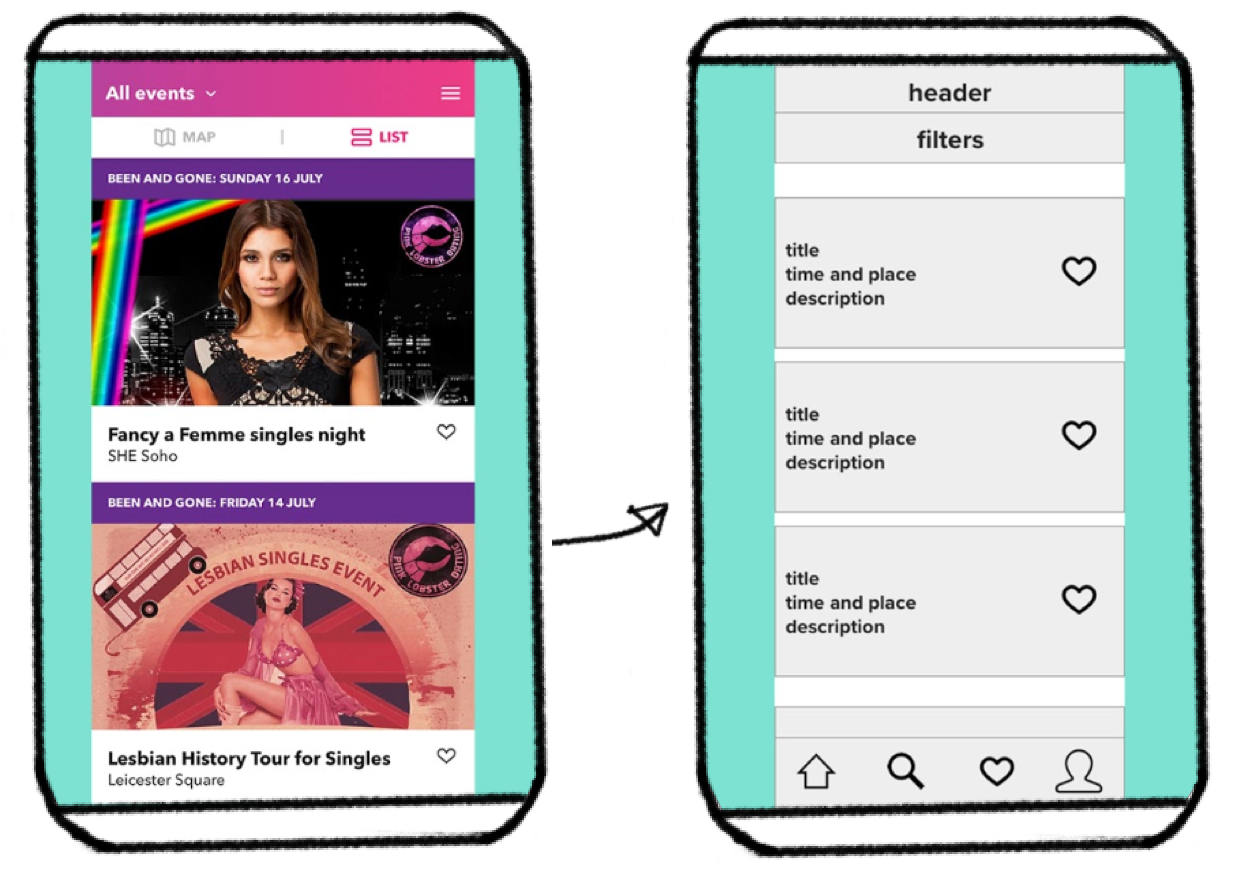 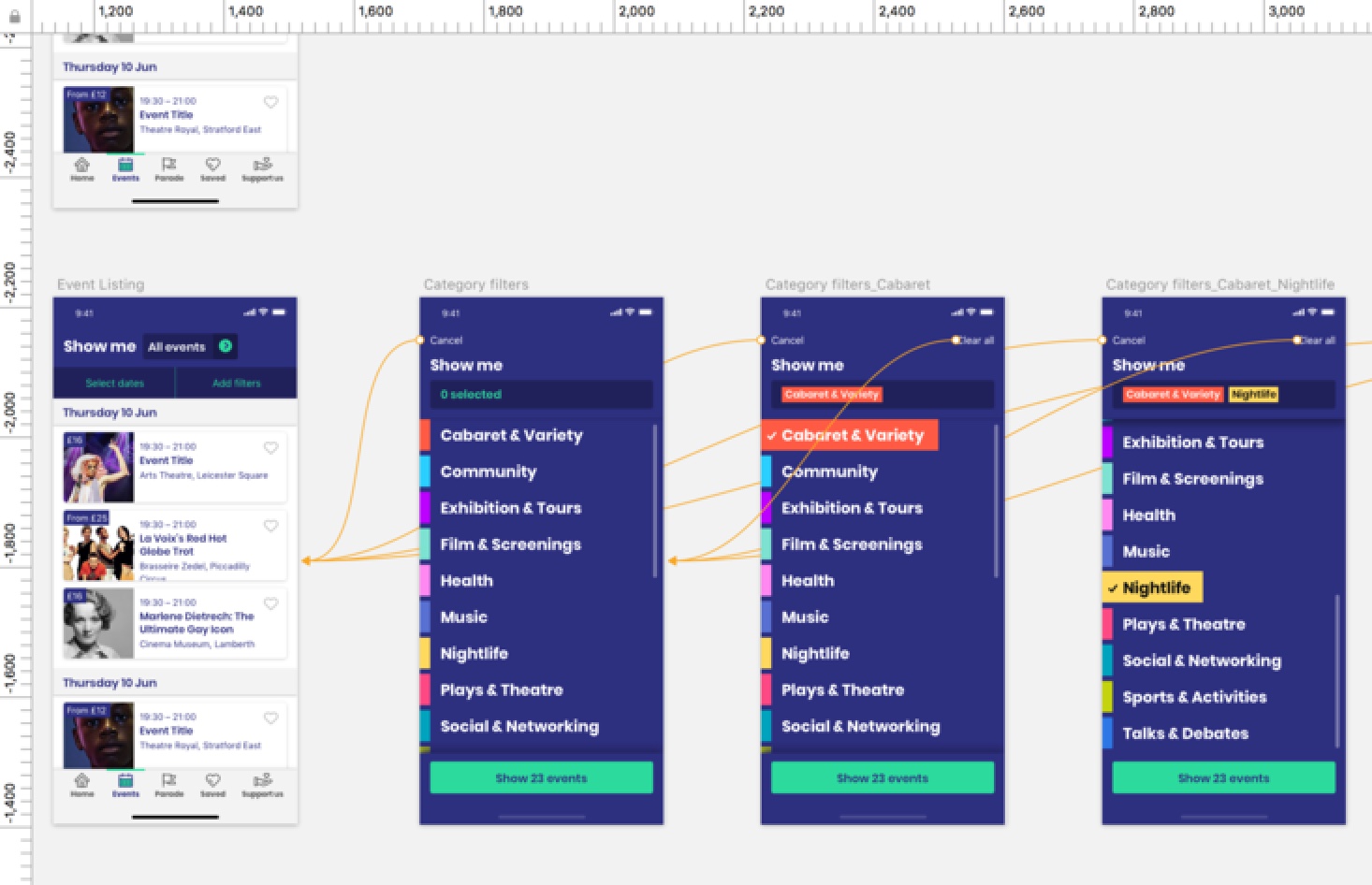 While Android users were familiar with confirming their filter selection with a primary button, iPhone users would ordinarily return to their previous screen to bring these filters into effect. This behaviour for iPhone users is so automatic that they were effectively blinded to the “Cancel” button we had designed. Taking this feedback forward, we designed and tested an interface that would work for both sets of users. 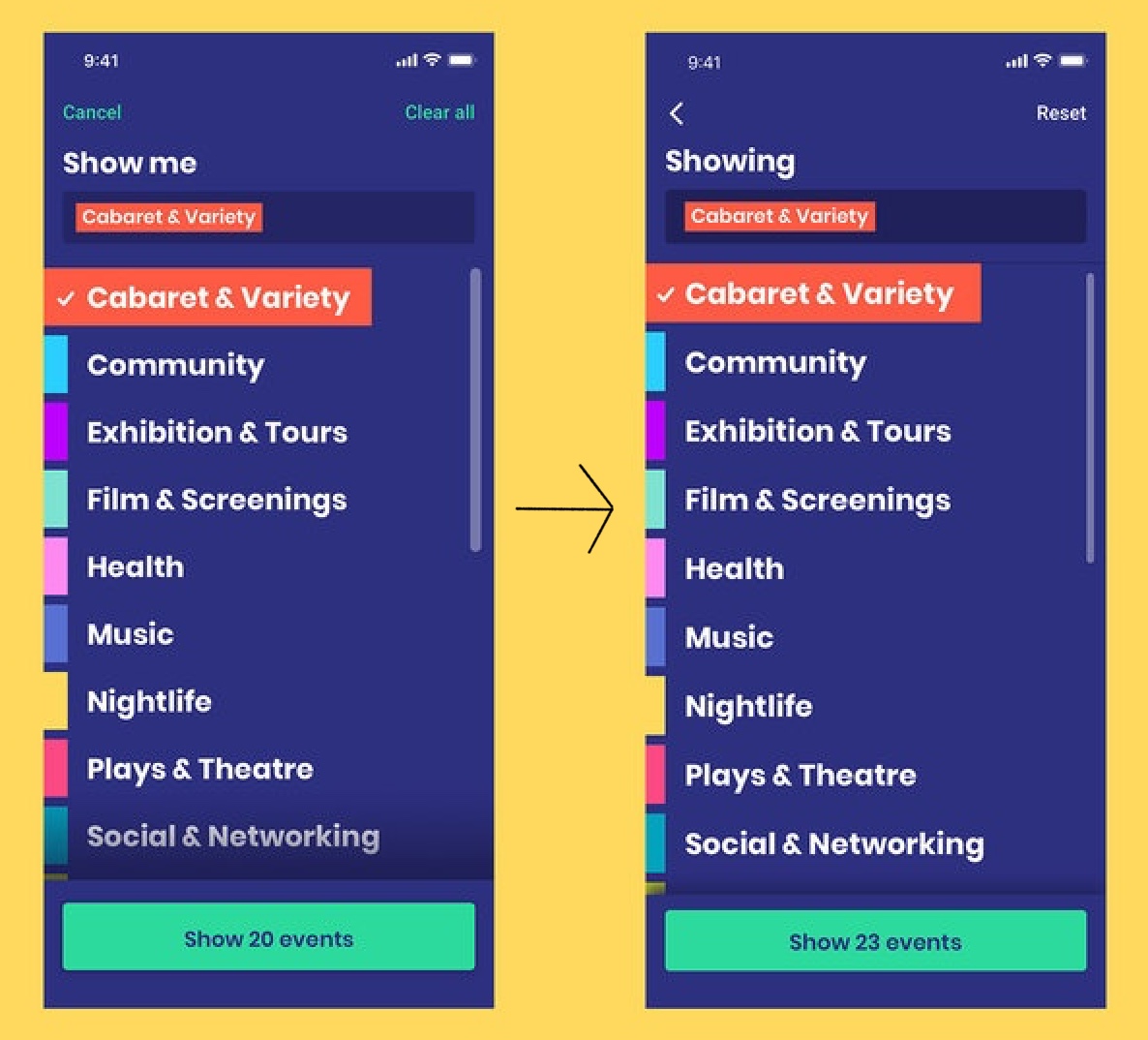 One of the goals are to allow saving of the events that users would like to visit. I had the pleasure to inject a little spirit of the festival in that micro-interaction with the heart accompanied with each event.

I worked closely with one of the tech leads on the project to create haptic feedback as users tap on the icon on the app. I had a lot of fun touring that prototype around the office to test for timing and "what feels good". 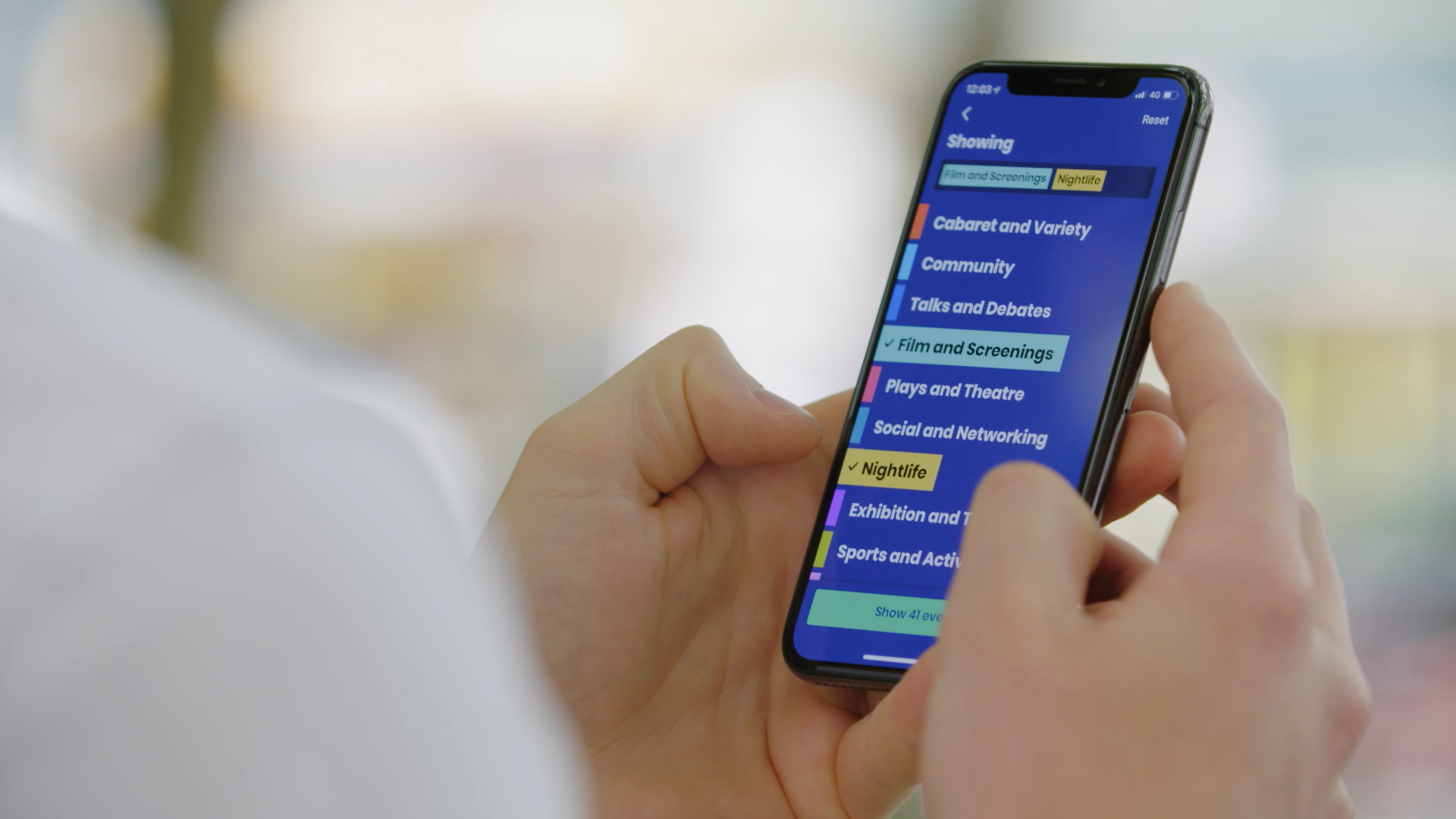 Building a mobile app was a fantastic experience for our designers, but one that also had its challenges for a team more familiar with building responsively for the web. Much of the useful feedback came from frequent ‘GOOB-ing’ (Get out of the building). This cornerstone of Lean UX allowed us to make incremental improvements to the journey throughout the product’s life cycle. In May, the team organised a more structured ‘Usability Lab’. This surfaced some key problems: iPhone owners were struggling to apply their selection of filters, leaving one user so frustrated that they quit the app and re-launched it.

HOW ARE WE DOING